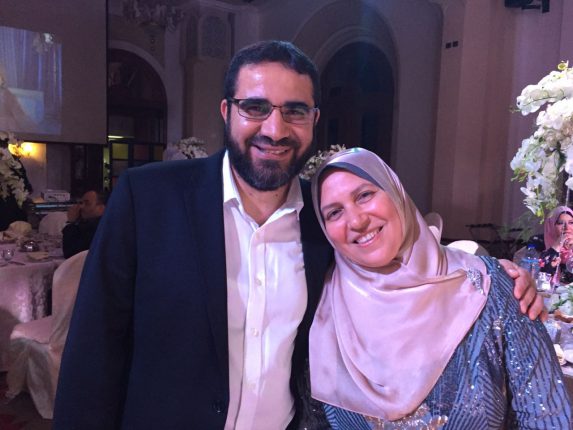 OTTAWA — The daughter of a Canadian man imprisoned in Cairo for more than a year says her father is at risk of succumbing to COVID-19 unless the government can win his freedom.

Amal Ahmed Albaz is once again pleading with the Canadian government to come to the aid of her 52-year father, Yasser Ahmed Albaz, an engineer from Oakville, Ont.

He has been in a Cairo prison since February 2019, when he was detained at the airport on his way home from a business trip.

Albaz is a dual citizen who was travelling on his Canadian passport.

His daughter says his family still does not know why he was detained and questioned and that he has not been charged.

But she says his situation has grown more dire in recent days because he has developed COVID-19 symptoms and a fellow 42-year-old prisoner has died from the disease.

“This is a matter of life and death right now,” Amal Ahmed Albaz said Thursday.

“We are terrified for his life, of course, and we need our government to do as much as they can.”

She says her father has developed a severe cough, extreme fatigue, tightness in his chest and difficulty breathing.

He is also being held in a prison with unhygienic conditions, limited ventilation and almost no medical care.

She said her father has pre-existing medical conditions that put him at risk.

Canadian diplomats have been unable to visit him in prison since the March outbreak of the novel coronavirus, she said.

Amal Ahmed Albaz said Foreign Affairs Minister Francois-Philippe Champagne has been responsive to her family, but she is calling on the government to ratchet up pressure to have him released.

“I feel like the Liberal government has failed my family, and if my father dies — which is a huge possibility — will have failed all Canadians for not being able to get a so-called ally and friend, Egypt, to respect a Canadian national and send him home.”

She said her family has been pushing the Canadian embassy since March to at least arrange a phone call with her father to make sure he’s OK.

Previously, another family member in Egypt had been able to visit but that has stopped because of COVID-19 restrictions, she said.

She said her father was able to find a way to get his family a leaked message about his current condition.

On a December trip to Egypt for a development conference, Champagne raised Yasser Ahmed Albaz’s case directly with his counterpart.